Members | Sign In
Channeling Erik Family > Question Submission
Otis T. Carr's company, OTC, Enterprises, set up a flying saucer construction factory in Apple Valley California in a structure that had been intended to be used by Osbrink. This is historic fact, supported by NEWSPAPER articles and Apple Valley Historic Society. Using mental thought, Ralph Ring (still living) claims to have operated a flying saucer (circular foil craft constructed by OTC, Enterprises in Apple Valley, CA). This craft traveled ten miles away at the speed of thought. Today, a handful of engineers are attempting to rebuild this craft and are looking for answers. Since 2011, I have been presenting their progress reports in YouTube videos at Search4truthReality.

Are Ralph's claims true - did Ralph Ring and two other men successfully operate a circular foil craft, the OTC-X1, such that it teleported ten miles away at the speed of thought?

How did Otis T. Carr acquire the blue notebook he is known to have repeatedly referenced during the construction of the craft?

According to our research, Carr strongly believed he knew who stole the blue notebook and implored a person we know to get it back. Who is in possession of the blue book, today; and, can we get it back so that work may continue on the research and development of this craft?

Did Otis T. Carr encoded the secrets of the craft's functional design into a set of Rosicrucian encoded poems, "DIMENSIONS OF MYSTERY"?

Does a non-coded version of the craft's design exist; and, if so, where is it?

Did Otis T. Carr every hide any components of the craft; if so, what did he hide and where may we find it?

Assuming the craft actually worked as Ralph Ring has described, other questions would be technically related to certain design features of the craft, such as the crystal, the LASER, mental navigation interface, construction materials and techniques, wiring, and power. 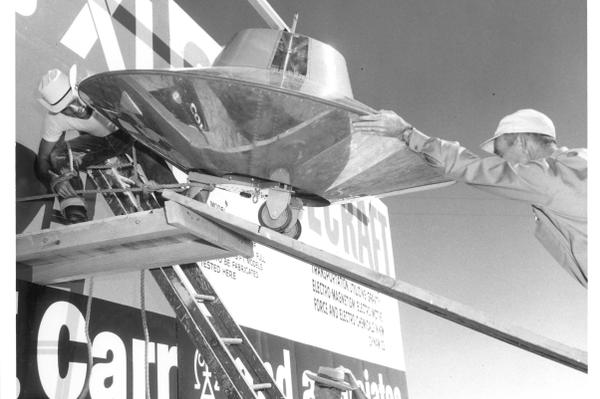 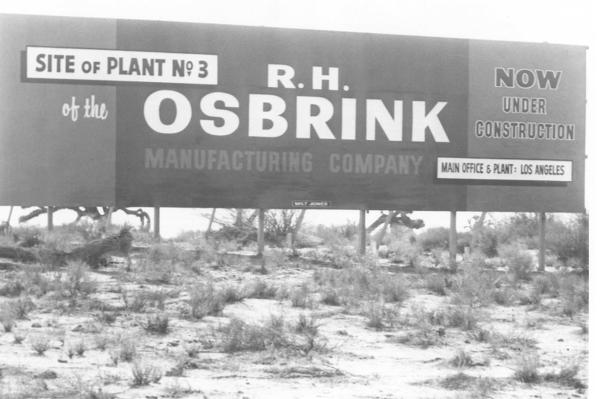 MissyRhodes said Jun 16, 2016 13:49:06
Hi There,
I'm a personal friend of Ralph Ring as he is a business partner of mine. Yes he time jumped 10 miles in a 45 ft. vehicle.
All your questions about whether or not humans have achieved time/space travel can be answered by googling Corey Goode and the Sphere Being Alliance. This new information is about the Secret Space Program (Corey worked for 20 yrs.) and the Inner Earth Alliance.
After you investagate Corey's new mind blowing info. Ralph's and Carrs work will seems as appealing as black and white TV. No kidding!!! Into the cosmos we go!
Love to All on this Wonderful Journey Missy :)

I'm so happy to receive your reply. Thank you! I too am a personal friend of Ralph & Marsha Ring. I've been a guest of the Rings at both their homes in Arizona and California. They're like mom and pop, y' know? A second set of parents. We've been on some cool little excursions together, such as searching for The Ancient Ones and 4-wheeling in Marsha's car. LOL. What a hoot that was! And visiting the 'flying saucer' house he'd built in AZ.


Allow me to share some other things with you, which you may recognize:

In 2012,I was in Magalia for their Cherokee blessing and flute ceremony, where most of the pod members showed up. I was videoing the event.


Ralph invited me to address the attendees at his birthday party, due to my involvement with the pods. During my brief address, I also shared the details of my amazing c.2010 benevolent contact experience with my star family. By the way, I am searching for others that have been on the ship and have had an experience similar to mine. I think it was his 80th Birthday; perhaps you were there? Maybe we may have crossed paths at one of these events? You may view my interviews with the Rings at my YouTube Channel: http://www.youtube.com/Search4tTuthReality

There's a couple of interview videos of Ralph and another of Ralph, Marsha, and James Gilliland (via phone from http://www.eceti.org), which I'd had arranged; because, in my research, I discovered that James too had lived in Apple Valley as a child; and, he remembered seeing the billboard; begging his mother to take him see the plant; and seeing the lights in the sky - the successful prototype craft test, which James says caused quite a stir in the town. That would have been around 1960.

I'm also very close to the pod members, who are attempting to re-engineer Carr's OTC-X1 Circular Foil Craft; and, I provide updates on their progress, that is, of course, when information is provided to me. Updates are few and far between, due to the expense and time consuming nature of R&D. I am in regular contact with them via Skype and e-mail, discussing many technologies (plasma energy; mental interfaces for the operation of machines, etc.) and proposed tests as they may be applied to their OTX-X1 prototypes. In fact, I'll soon be publishing a Skype discussion with one of the pod members. It's just waiting on their final review and approval.

Regrading Corey Goode and the Sphere Beings, I'm well aware of them. Wow, what a story, right? Gee wiz and holy smokes on top! I've read every blog published at http://www.spherebeingaliance.com Do you know who else is interesting is William Thompkins (Selected by Extraterrestrials book author). I am working on getting an interview with him soon; as, he lives near me.

Regarding inner earth, for what it's worth, I've also interviewed USAF COL Billie Fae Woodard. Now, he speaks of the hollow earth. Remember: Discernment - first, last, an always. :-) That headband of his blew - my - mind! I'll be posting a video on that soon, as well. Billie just graciously gifted one to me. Amazing stuff.


I've also interviewed Dr. Brooks Agnew (video not posted), who in 2012 had recently taken on the leadership role of the North Polar Inner Earth Expedition, or NPIEE. That project has since been shut down to their inability to raise the needed $2 Million to charter a Russian Nuclear-powered ice cutter.

Regarding time travel, I'm also friends with the guys at Project Pegasus - Andy Basiago; William "Brett" Stillings; Bernard Mendez. I've interviewed all three. Not all are posted on my channel for various reasons. I think Andy has the most compelling and detailed version of all their time-travel and jump-room experiences; and, Bernard? Just - wowa!


Again, thank you for responding; and, please, let me know if we've somehow met and have just forgotten. :-)

MissyRhodes said Jun 16, 2016 23:44:12
Hi Walter,
We are soooo on the same page!!! I have my Lemurian headband on right NOW. No kidding! Get this I sent the entire summer at Betty's in Magalia. No kidding! Ralph and I shared our birthdays in Sept. I too was raised in Paradise. Yoda yada!!!
I'm newly retired and can hardly wait for the EVENT (COBRA's term. I'm doing my best to keep up on everything Ascension.
I started channeling in the early 80's (Ramtha tapes 80) and in 99 I opened up a phenomenon in electric communications that to date I haven't heard anyone else talk about. It's way beyond Mark Macy's work in Instrumentation Trans Communications. Www.worlditc.org Marks work is about communication with electronic devices with the Otherside. I'm in Marks book and on his website as "Mindy" in the spirit faces section. Mark created a bridge "electronically" so that a Russian scientist who crossed over in 84 could call him on the phone in Boulder Colo!!! There's hours of Raudive Konstatien's phone conversations with Mark
on Mark's website.
Gotta run as I need to catch up with Mark Hoza in Australia via Skype. He's the only person who likes all this stuff as much as I do!
Live Love Laugh
Missy:)

WalterNowosad said Jun 17, 2016 00:21:25
My headband is sitting on the desk. I'm little nervous about putting it on; only, because I remember what it was like when I first wore it and don't want to be disappointed...well...that; and I want to produce a video of me putting it on for the first time since 2012. 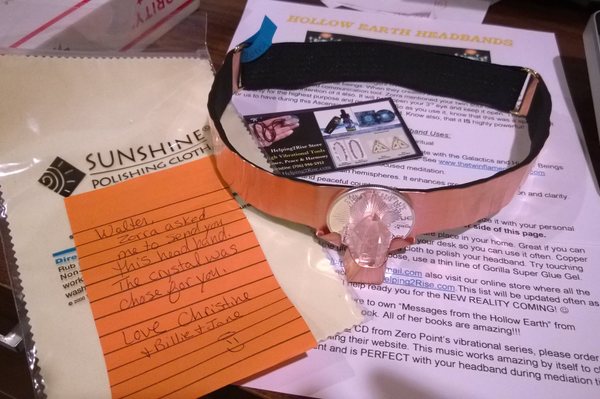 MissyRhodes said Jun 17, 2016 15:04:06
Hi Walter,
I could use your help. I'm new to Facebook and I can't figure out how to get to Channeling Erik's website to look at the forum Topics and questions. I have an IPad and I use it 16-20 hrs a day searching the Internet for THE TRUTH! I've followed Erik for years. The new website design doesn't have a tab for the forums. Even the search function doesn't bring up the forum topics page? I stumbled across your Ralph OXT-1 question and now I can't remember how I found it?
Thanks
Missy
PS I take you're part of the RV too since you follow Billy? Me too!
Idea: last month my truth passion was turned to a guy named Maximillen De LaFyette (spell?) He's a literary genius Whois fluent in a dozen languages. Wrote 200+ books, dictionaries and his an "Ulema" (enlightened being). I recommend ALL of his work but the book titled something like 'What Only 75 people in America know about UFO's!!! This book will change your mind. BTW I researched Tesla and found that he belonged to a Secret Society called The White Lion Society. I wish I spoke German because their understanding of esoteric knowledge is outstanding. I researched the Vril and Thule Societies also and found that each one was working with different ET or ED or I.E. folks! The Vril (positive ladies group) is a feature topic for Max. I joined Kindle prime and read his $125 book for free. In fact I had a burst of speed reading and read 12 or more of Max's books in 24 hours!
I thrive on being a seeker. Max also talks A LOT about positive Annunaki practices.
Missyrhodes2233@gmail.com 360-223-1159 I live in the Mt. Shasta area. Too funny I just realized that my post script is longer than my message!

WalterNowosad said Jun 17, 2016 15:39:04
I don't use iPads, so I'm afraid I won't be much help. I've noticed on my Windows Smart Phone that webpages are served up differently than on computers. The sites appear to be scaled down, for obvious reasons. Look for the icon that looks like a hamburger, which usually hides menu items until it's tapped. It may conceal the stuff you're looking for.

Regarding Billie, I don't follow him and I'm not familiar with the RV.

My next interview will most likely be with William Tompkins. I'm working out the details on that...supposed to call him today.

MissyRhodes said Jun 17, 2016 15:51:31
Thanks for the hamburger icon tip. I do remember clicking on an ico and poof there she was!
I purchased a hard copy of Tompkins book to give to my military family members who aren't awakened. I enjoy listening to people who speak with a fast pace. So Billie, Corey, David and William are hard for me to slow down enough to listen to what they have to say. I usually listen while I continue to search the Internet.
Happy Day
Missy:)
page   1
Back to Topics
Login below to reply:
get your own embeddable forum with talkiforum.com